14 Strange Things You Wouldn’t Believe are in Georgia

“Stranger Things” is more than just a hit TV show filmed in Georgia. It’s also what you’ll find in all corners of the state. These places are far from your average attraction and are worth getting off the beaten path to explore.

Located in the mountains north of Ellijay, where you might spot the mythical creature, is Expedition: Bigfoot. The 4,000-square-foot space has exhibits on “genuine” Bigfoot artifacts, information on sightings, and a reference library. Learn about the origins of the legends surrounding “Sasquatch.”

You might have been to Graceland, but North Georgia’s Elvis Presley fan museum is something entirely unique. The Loudermilk Boarding House Everything Elvis Museum is covered in 30,000 memorabilia items related to “The King.” The highlight of the collection is a wart that was removed from Presley’s wrist and later sold at auction and purchased by owner Joni Mabe. The historic home where the museum is located dates back to 1908 and holds an annual Elvis festival.

You likely won’t find yourself in this part of Georgia “on your way” anywhere, but the small town of Nuberg outside of Elberton is near the state line with South Carolina. Considered the “Stonehenge of the South,” the Georgia Guidestones, made of local granite, were commissioned in 1980 by a mysterious stranger. It contains words of advice in a dozen or so languages and is rumored to have a time capsule located underneath.

Goats On The Roof, Tiger

The quintessential North Georgia road trip stop, Goats On The Roof sells Amish furniture, fudge and other sweets, and souvenirs. But it’s the half-dozen goats roaming on top of the building that most pull over for. The goats have a playground of sorts, including bridges and towers, and there are pulleys where you can send them treats.

Calling itself “the largest open-air classic car museum in the world,” Old Car City USA is a junkyard of sorts that started as a car dealership in 1931. Spend the day wandering through the acres of rusting vehicles, which take on a post-apocalyptic feel. There are countless photo ops, including the hand-written signs and the styrofoam cup art gallery. The attraction is located in Northwest Georgia and is open Wednesday to Saturday.

It’s not every day that you see babies born from a cabbage patch! But the Babyland General Hospital in North Georgia is where the Cabbage Patch dolls have their origins. Creator Xavier Roberts converted a former clinic into the original “hospital” space, although they’ve since moved into a larger building. Visitors can adopt their own doll or see one being born in the cabbage patch.

Exactly as it sounds, this unusual trail is within Constitution Lakes Park in Southeast Atlanta and was created in 2011. The free and pet-friendly trail offers views of the lake and is well-marked with signs. The unusual “art piece” riddled with the heads of abandoned dolls and objects by Joel Slaton is located on the site of a former brick plant.

Similarly, this landmark in remote Coweta County southwest of Atlanta has become known for its dolls. Steve and Lynda Quick 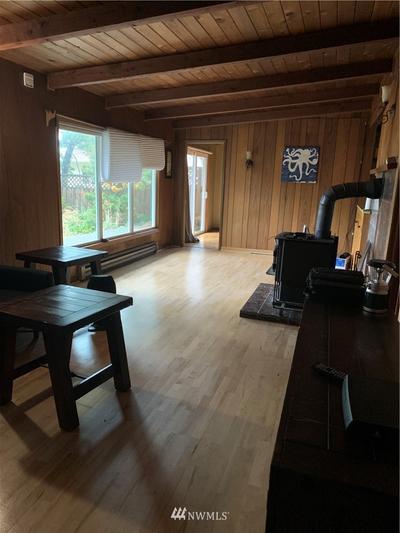 created their “lawn art” in 2005, showcasing Barbies and G.I. Joe dolls in various scenes. Located in front of their private residence at the intersections of highways 54 and 16, it’s free to visit and changes regularly. It even inspired a short documentary that was screened at the Cannes Film Festival.

The Georgia Capitol Museum in Atlanta is a hidden gem within the city. Its collection is eclectic, covering all aspects of the state’s history, but one item stands above the rest. The taxidermied head of a two-headed calf is a favorite of visitors. Other highlights of the collection include Leo Frank’s clemency papers, private photographs of the Carnegie family, and records from the Western and Atlantic Railroad.

Built by volunteers, 50 structures crafted from tiny stones make up The Rock Garden, located on property behind the Calhoun Seventh Day Adventist Church. Stroll through the flowers and greenery to see Cinderella’s castle, Notre Dame cathedral, a monastery, houses and more wee buildings all fashioned out of rocks, pebbles, shells, broken pieces of china and other odd materials. The free attraction is open daily from dawn to dusk.

There’s more to the oak trees of Coastal Georgia than meets the eye. In 1980, artist Keith Jennings began carving whimsical faces into them. The faces, each of which is different and carved by hand over a few days, are inspired by the sailors lost at sea. There are at least 20 dotted around the island, and the St. Simons Island Visitor Center can tell you where to go to find them.

Set on the campus of Georgia Southern University lies the world’s largest collection of ticks, those pesky insects that latch onto your skin. First established in a lab in Montana, then given to the Smithsonian Institution, over 1 million specimens came to Georgia on loan and never left. Multiple species are represented and even painted gold for better viewing under the microscope. They are studied for information about the transmission of diseases. Plan your trip carefully because the U.S. National Tick Collection is only open for one hour twice a week and by appointment.

The Tree That Owns Itself, Athens

A simple oak tree in a quiet part of the Classic City is only recognized by the small stone sign at its base. The “Jackson Oak,” as it’s also known, likely dates back to the 17th century, but fell in 1942. In 1890, the owner gave the tree “possession of itself and of all land within eight feet,” saving it from future development. The current Tree That Owns Itself is its “son,” planted from the original tree’s acorns. It’s now located within the Dearing Street Historic District, a short walk from downtown.

Discovered in South Georgia, Stuckie is a most unusual sight. The mummified dog likely was hunting in the 1960s when it chased something into a hollow chestnut tree, got stuck and couldn’t get out. Loggers discovered the oddity while clearing land in the 1980s and took it to Southern Forest World to show off. Visit the tree museum — which also has a “Talking Tree,” a small locomotive train, an exhibit on space travel and more — to see Stuckie and explore the story of the forestry industry in the Southeastern United States.